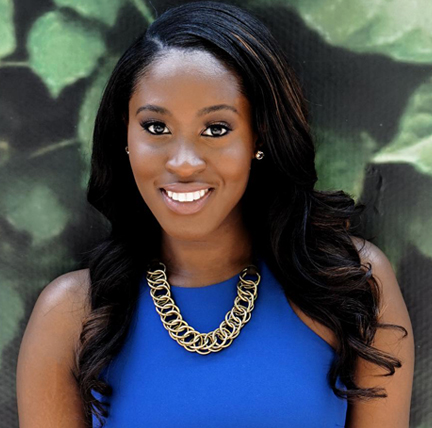 Born and raised in Sweden, Edwina Kulego works in International Business Development at UBM Fashion Group. She began her career working for Zara / Inditex Group, as a Sales Manager in Copenhagen, Denmark. She moved to New York in 2007 where she interned at various companies such as Essence Magazine, Tommy Hilfiger and PROJECT Trade show.

After graduating from Berkeley College with a Bachelors Degree in International Business she landed a job as the Executive Assistant to the President PROJECT. After that, she became the Business Coordinator to the CEO and eventually went on to manage International Business Development at PROJECT. This role includes helping international fashion brands create pathways into the US market.
Edwina is fluent in Swedish, English, Ga, Ashanti and proficient in Danish.

Please add your content here.
Made from and by Fashion Design to Thrive